We are just a few hours away from the end of the year 2015 and the beginning of 2016 -some has already celebrated the new year according to their time zone -. One thing is sure, the year 2015 was full of events for Economy Secrets.

I think with this new year, it will be a right move to look back about all what I have been able to do, what were my mistakes and what I should have done and also plan ahead for the following year by planning for some good realistic resolutions to make Economy Secrets progress forward.

So I am going to divide this post into two main parts:

The year 2015 was for my personal life may be not a great year, but it had one huge difference compared to all the other years of my life.

In 2015, I decided that I need to make and build something by my own. To have something that I can spend my free time working on it, and it should have an added value to everyone who might be interested about it.

I realized that the best way to do so is to create a website.

Back at that time, I was like “I have some notions on HTML and CSS. If I study carefully and seriously for some days or even a week I might be able to make a website“. But I was sure of one thing, if I decided to make a website that way, maybe it will take me just weeks to make one, but certainly years to learn all the tricks and tips and to able to create a great website that anyone who would stumbles on it would just LOVE IT!

So the road  of website conception & programming was no more an option for me.

So I started to look for other ways to be able to make a nice website and I found out about the CMSs (content management Softwares). I started to study and see which one is going to fit me and what I want to do.

As you certainly guessed, I opted for WordPress since it was the one that offers many professional features and ease-to-use for all beginners. With WordPress, you are sure to be able to build something nice without struggling.

Of course, I directly chose to have a self-hosted website. I didn’t want to have it hosted on a free service since a paid hosting will first make it easy for me to handle the management and evolution of the website, and also, it will push me to work seriously on it. why would I be serious for a project that I haven’t spent not even a penny on it?

Furthermore, from all what I learned in the first phase when I was just planning to start Economy Secrets, I knew that the earlier I get a new domain, start to use it and it starts to get older and older, the domain will gain more and more authority and will gain in worth.

So, it was a must do for me to buy a domain and a get it self-hosted!

I bought a new domain which is economysecrets.com and purchased a hosting service to host my website. It’s a contract of one year, the domain of economysecrets.com was bought the 5th June 2015 and the website went live the day after.

It took me some days to fix all the necessary plugins and to write my first article.The first article went live on the 10th June and was about the success story of Mark Cuban.

I also created some social profiles for Economy Secrets in the same week. For now, we still have only a Twitter and a Facebook official page.

The both came a long way since the day I created them.

In twitter by now, Economy Secrets have more than 3K followers.

But the biggest grow came from the facebook page which has 6000+ likes!

I am a total beginner and I wouldn’t have expected such good results on our social profiles.

Between the day of the creation of Economy Secrets and the end of the year, I wrote 36 posts (37 if we include this one). Here they are:

19th October 2015: The Story of How The Mean Shark Kevin O’Leary Succeeded!

That’s all what I’ve written so far this year, and I am looking forward to write even more in the next year.

The statistics that Economy realized through all these posts are maybe not great, but I am personally impressed because it turns out that I didn’t lose my time as some would say.

Economy Secrets is getting visitors from 86 countries so far, and next year there will be certainly more.

Jetpack has made a nice stats report for us, and it’s with pleasure that I share it with you!

P.S: The stats include only from the date I started using Jetpack.

Now it’s time to notice the mistakes that I have made during all this time.

My mistakes on Economy Secrets during 2015:

The most important mistake for me is that I haven’t written enough posts during 2015.

I have to admit that I didn’t manage my time carefully, and I wasn’t able to keep a high productivity level.

I should have reached or got at least close to the milestone of 50 posts, so far I am just on my 37th post.

Also, I haven’t had enough time to write and produce enough of posts that concerns Economy & Us and also to make startup reviews. These kinds of posts require from me a lot of research time, which unfortunately I can’t always afford when I am studying.

Of course, I am noticing these mistakes and taking them into consideration. I am going to work more on my schedule and plan better for the future. 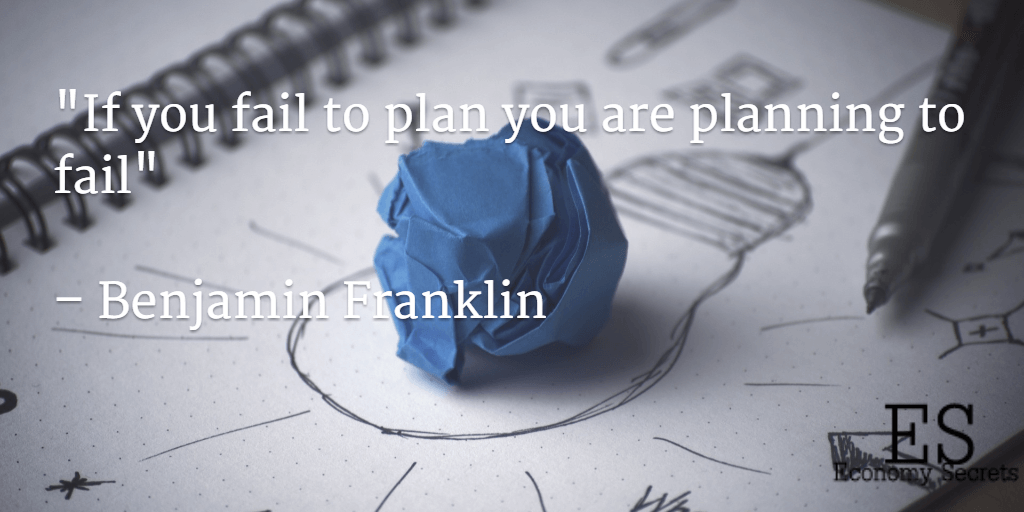 So I better plan carefully if I want to reach my objectives for 2016.

By the way concerning 2016,  I have some bright realistic perspectives for it.

For 2016 I will try to write more content and hopefully to go further the milestone of 100 posts -it’s possible and easy if it’s low-quality content, but I am working on creating only good quality content because I care about the readers experience, and I believe that the quality is always better than the quantity-.

I will also do my best in order to reach the milestone of 100K followers on social media (or to just get close to it) and eventually to start an effective monetization of Economy Secrets -for now I am just testing some few methods to see how it works and to learn- so it will be able to sustain itself and evolve through time.

Economy Secrets is going to get many improvements during 2016. I am ready and excited about it. I wouldn’t tell you now, a good surprise is always appreciated, right?

Finally, I wish you all a Happy New Year! A new year that will hopefully bring peace to our world, and happiness to every one of us.

See you next year!