Be careful! You are may be in a Ponzi scheme!

Through history, there were a lot of investment opportunities as they were a lot of scams. Today I want to present to you the Ponzi scheme. You might have heard of it before, but in this post we will go through the whole story of that scam. How has it started? Who is the man behind it? And why some still use it?!

No one loves the waiting, so let’s start! 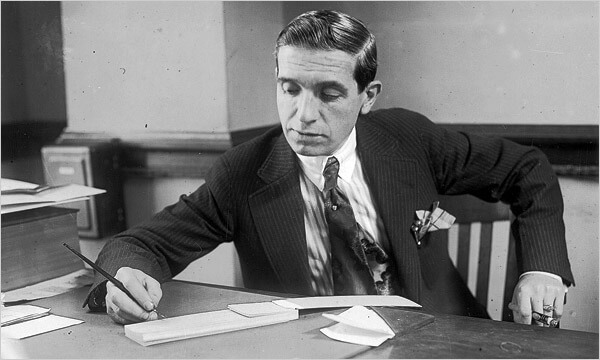 In 1919/1920, a man named Charles Ponzi orchestrated the first Ponzi scheme ever. The scam is named after him. The principle is very simple. The scammer promises high rates of return with a little risk to investors. There is no actual business and the return for the first investors is provided just by the investments of new investors. And it keeps going like that, the older investors are always paid with the investment of the recent ones. The scheme tends to collapse by the time there are no more new investors to keep providing cash flows with which are paid old investors.

Ponzi’s business idea was plausible and believable. Ponzi wanted to buy the coupons from other countries where they are cheaper. Then sell them in the United States where they are more expensive. The difference will be a profit that he could share with investors.

The initial deal Ponzi proposed was 50% in profit for investment and in a quick delay between 45 to 90 days as maximum.

That was the first idea, it’s a possible business and a good theory to make some profit. But when it comes to the reality that’s another story. Ponzi, when he tried to start his business idea he faced the reality. What was good, in theory, was definitely doomed to fail. The mechanics needed to conduct business overseas at that time, to transport the coupons and exchange them for cash caused him a lot of delays and extra fees. Which stopped him from being able to pay the investors by the time promised.

In spite of that hard reality Ponzi was facing, he kept the bad news only for himself.

Every day, new investors came very excited about the idea and wanted to be a part of it. So they handled their savings to Ponzi. Of course Ponzi took it, and instead of running with it, he used a malicious trick. He starts paying off the old investors with the new money of the new investors. Since the early investors were making money, no one doubted anything, no one complained.

Unfortunately for Ponzi, the whole scheme felt a part like a castle of cards after some months. He made millions in this short time, but he did take mistakes. First he took the scheme too far than what it’s supposed and can go. Secondly, he wasn’t very careful with the details. People start wondering how could Ponzi have bought and sold what should have been about 160 million reply coupons out for the 27,000 that really existed in the whole world. Authorities busted Ponzi as soon as they figured that that’s totally impossible, illogical and scammy.

And that’s was the whole story of how the Ponzi scheme was born. Ponzi didn’t have bad intention from the beginning, but when he was against the wall. Instead of giving up he came with a solution, unfortunately, he had the idea only of a scam.

It has been almost 100 years that the Ponzi scheme was created. Many people came after Ponzi and tried to imitate him with doing some improvement, but none really succeeded with it. The scary part is that many business nowadays are still using the Ponzi scheme.

Let me give you some examples of them.

Companies that has been reported using Ponzi scheme:

Cointellect, you may have crossed that name before. That’s a mining company for virtual cryptocurrency. You install a software, you launch it and then it starts mining( a process where the CPU of the computer is borrowed from you. I will give more explanation on a post dedicated to it.) and you will get some cryptocurrency (like Bitcoin) that you can later exchange against a normal currency( US dollar, Euro,etc.). Now to make the money in this company it was not free to do, you had to put some money first, in other words, you had to “Invest” to start making money.

So you Invest to be able to make money, the way you make this money si not really clear and it’s suspicious. ( Mining cryptocurrency needs powerful engines, a normal CPU of a computer can’t handle it normally). Well, add all of that, and you will notice that it looks really familiar. Yes, my friends, that’s a Ponzi scheme.

The company was reported using Ponzi scheme and now it has closed. I don’t know how they escaped from all the lawsuits against them, but I think that they mentioned some disclaimers in their policy.

Anyway, that’s just one example but it proofs that the Ponzi scheme really exist even these days. It could be anywhere.

Maybe by the time this post gets published, someone somewhere is making a new Ponzi scheme. More elaborated to scam more people, to make more profits.

To conclude, I want to give you a last advice. Always remember that old saying:

If the returns sound too good to be true, they probably are.

Be always skeptical when you decide to invest on anything. Always look for as much information as possible before to put any money on something. And if you can’t do that just by yourself, or you need some extra help to be more confident about your investment choice, you can contact us and I will do my investigation. I will let you know about all the details I may found about the company you are wondering about.

If there are any more details about the Ponzi scheme, or some questions you have about it, just say it in the comments below. I promise to do my best to answer all your questions.