David Beckham is one of the most famous sports icons in our time.

He was a successful player in Manchester United FC, the club where he grew up and made many achievements, but his success didn’t stop in his home town. He went further and made a successful career in both Real Madrid FC and Los Angles Galaxy FC.

Now he is retired from football, yet his income as a retired sportperson is 2nd with more than $60 Million a year just right behing Micheal Jordan with $180 Million.

There are lot of details to show all the success of David Beckham, but we are not here today to discuss it.

He is successful. It’s a fact, but can’t you reach it too? He wasn’t born multimillionaire yet he became one. He done it through sport, and you can do it through whatever what you want.

Today I will share with you 15 David Beckham quotes that might inspire you to pursue the life you always dreamed to have.

“I’ve got friends in the different teams I’ve played for, but family is the most important thing to me. That will always be the case.” – David Beckham

“As a footballer, you always want to test yourself against the best.” – David Beckham

“I’ll never forget where I’m from, never forget my roots. It doesn’t matter where I live. I’m English, simple as that. “ – David Beckham

“I respect all religions, but I’m not a deeply religious person. But I try and live life in the right way, respecting other people. I wasn’t brought up in a religious way, but I believe there’s something out there that looks after you.” – David Beckham 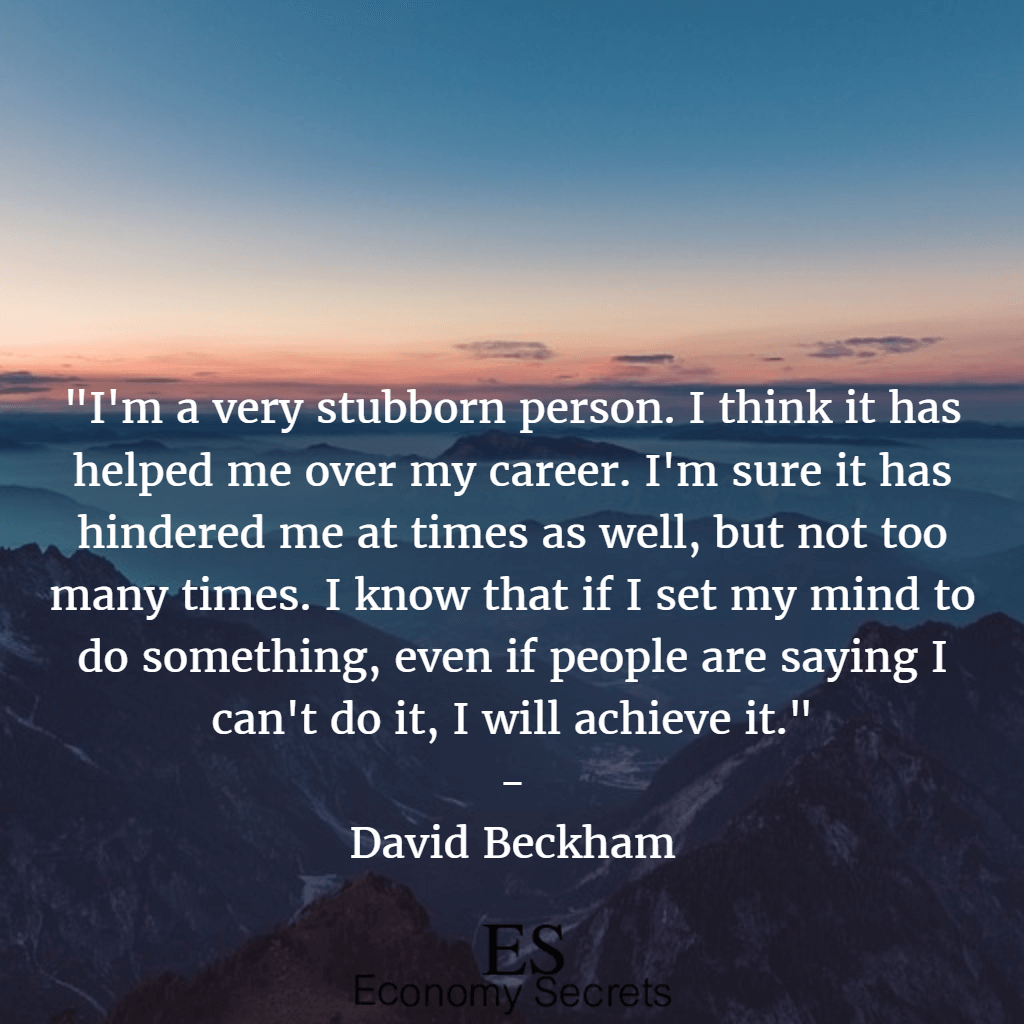 “The buzz is still with me. I get goose bumps.” – David Beckham

“Everyone’s been so quick to say that I’m really thick or I haven’t got a brain. People will think whatever they want to think.” – David Beckham 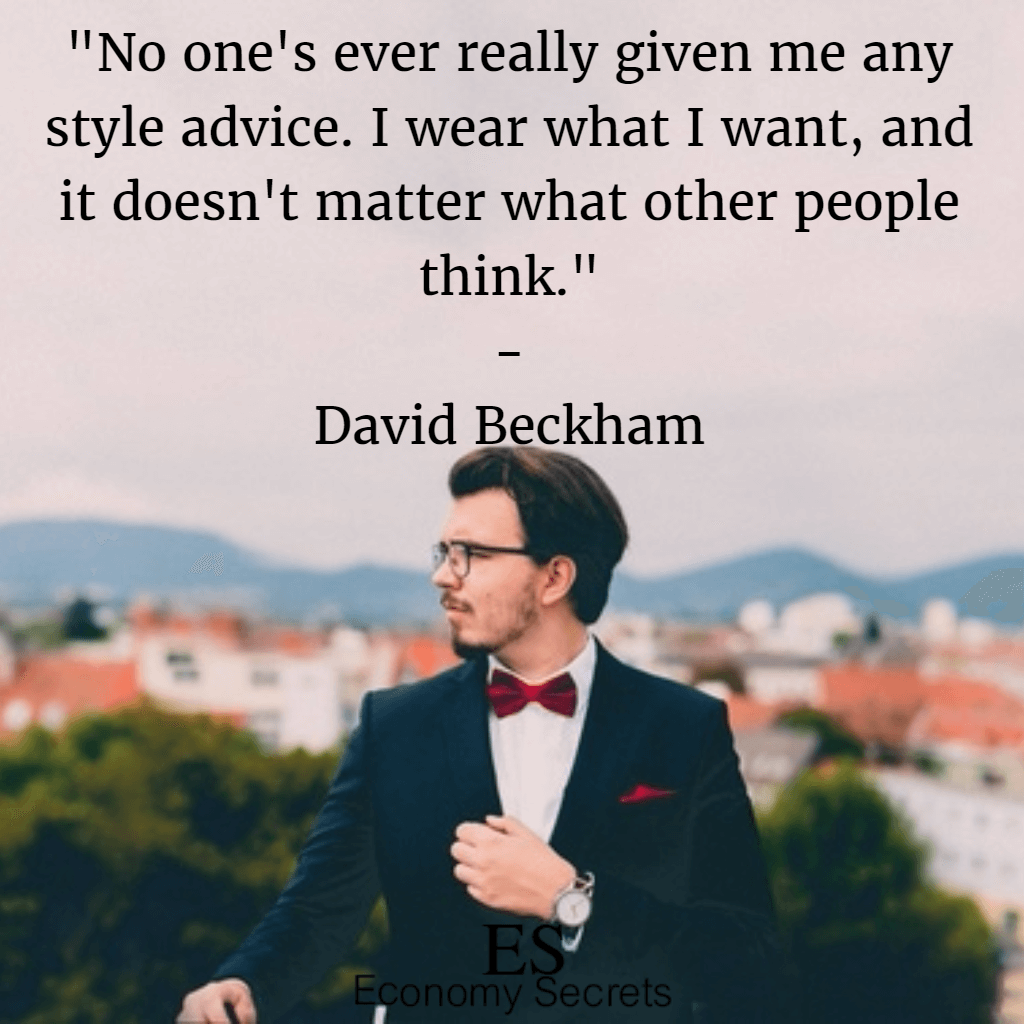 “I don’t have time for hobbies. At the end of the day, I treat my job as a hobby. It’s something I love doing.”– David Beckham 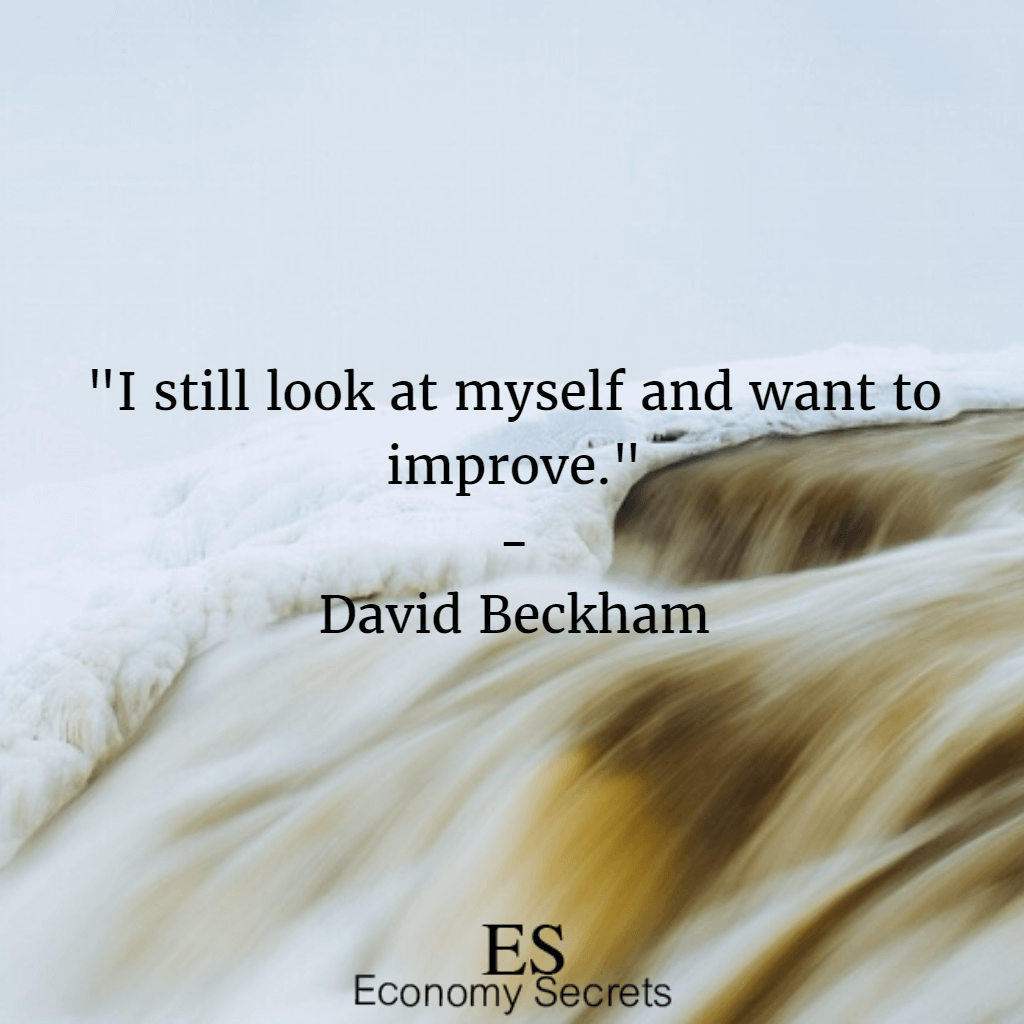 “I would never complain about the position I’m in or the attention I get. At the end of the day, I’m very lucky to have what I have and do what I do, but I don’t see myself as any different from anyone else who works hard and is a dad and a husband.”– David Beckham

“I just want people to see me as a hard-working footballer and someone who is passionate about the game.”– David Beckham

“Every situation has changed me as a person.” – David Beckham

Between all these David Beckham quotes, which ones are your favorites?